Somewhere between the speed of light and the click of a shutter exists a dance of gesture, improvisation and experimentation where physics meets the ghost. The artists in Structures of Time each approach the capture of light in darkness in different and unique ways. From the hyper drive techno psychedelia of Laser Lew Dude’s staged laser closet installation photography to Kara Murphy’s long exposures from drones hundreds of feet above the earth, this exhibition observes various ways that contemporary artists approach the capture of time in a still frame. Luis Cruz uses drones to create floating phantoms of light above dramatic landscapes. Jaime Del Pizzo captures the stars and paints with light in a style and vibe that is uniquely hers. Linda Loh’s digital sculptures connect with the rhythm and motion of the light painting conductors wand. Kitagawa captures gritty urban scenes with rotating strobes. Sketchlight creates single frame light painting works that seem to defy the laws of physics. Ricardo Takamura captures light in stunning monumental works that feel at once intimate and infinite. Nikolay Trebukhin pushes the boundaries of light painting with rotating standalone abstract sculptures and curious beings of light that dance through urban landscapes.  Zigmarillion seeks out the subtle sublime as he discovers the cosmic ephemerality of the city at night.  The ambient soundscape by J. Cowit unites the exhibit with expanding patterns of time stretched from the viewer to the stars.

With Audio from J. Cowit

[Please allow a minute for the gallery to load.  Once loaded, click into the window.  Use W,A,S,D or the Arrow keys to move, and the mouse to look around.] 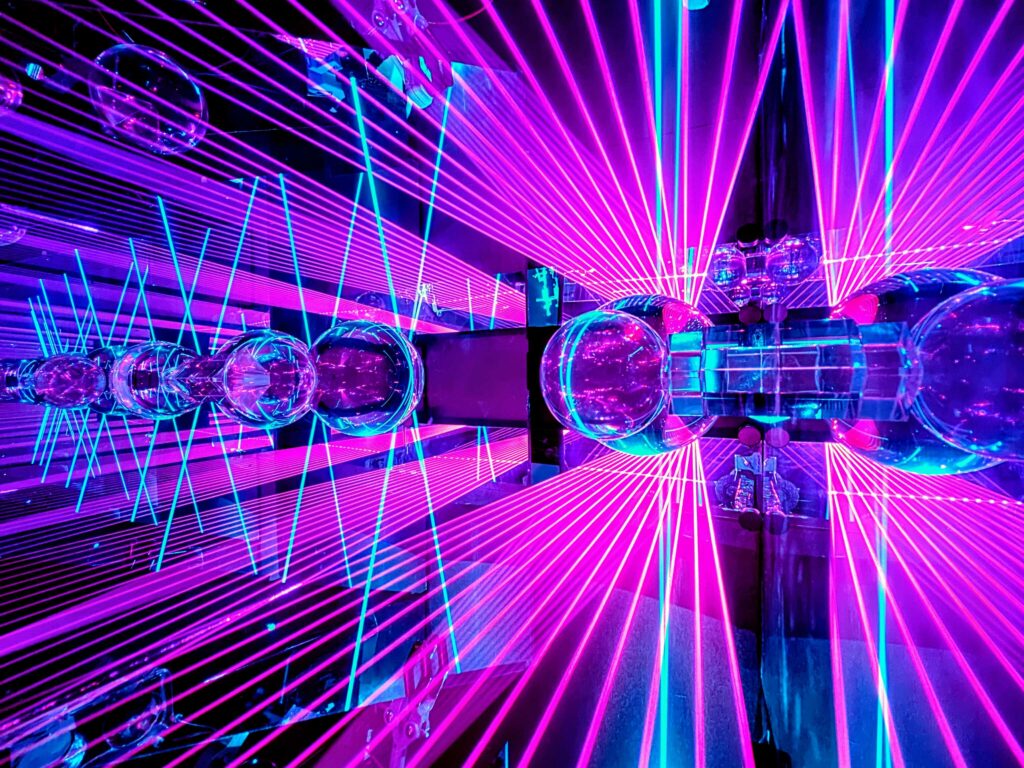 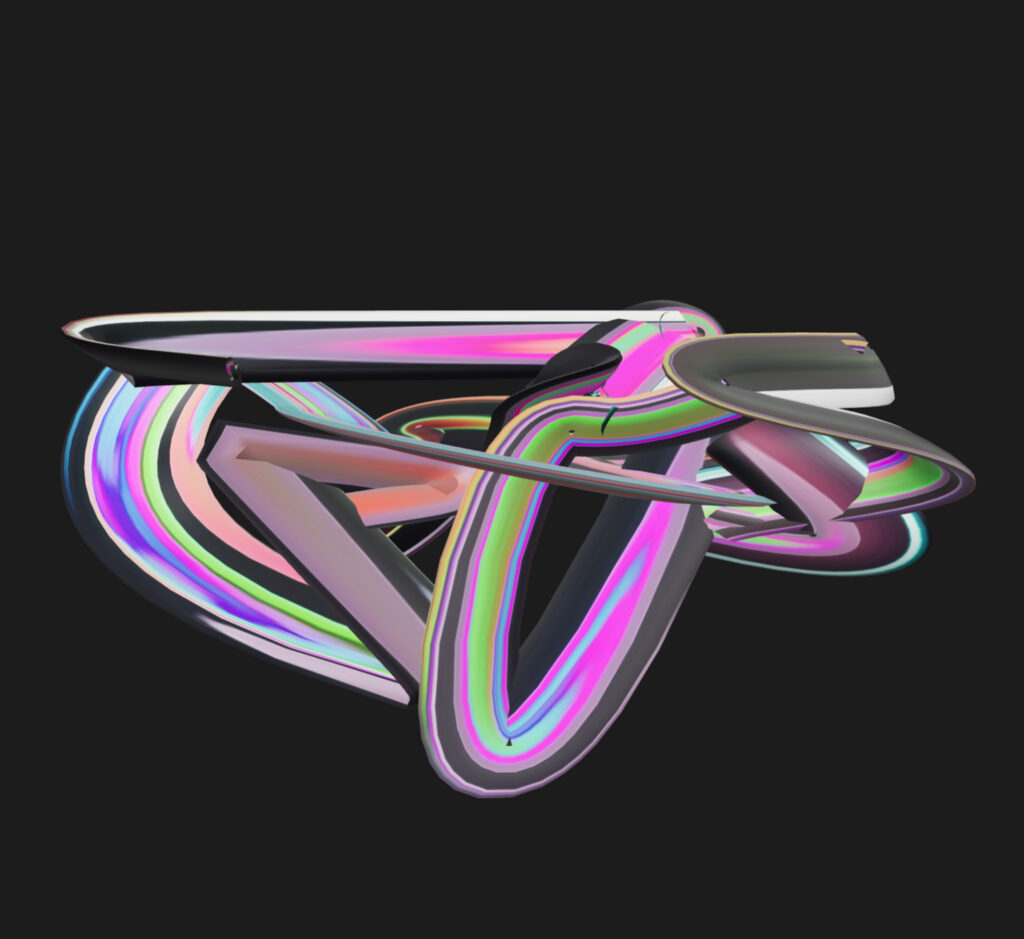 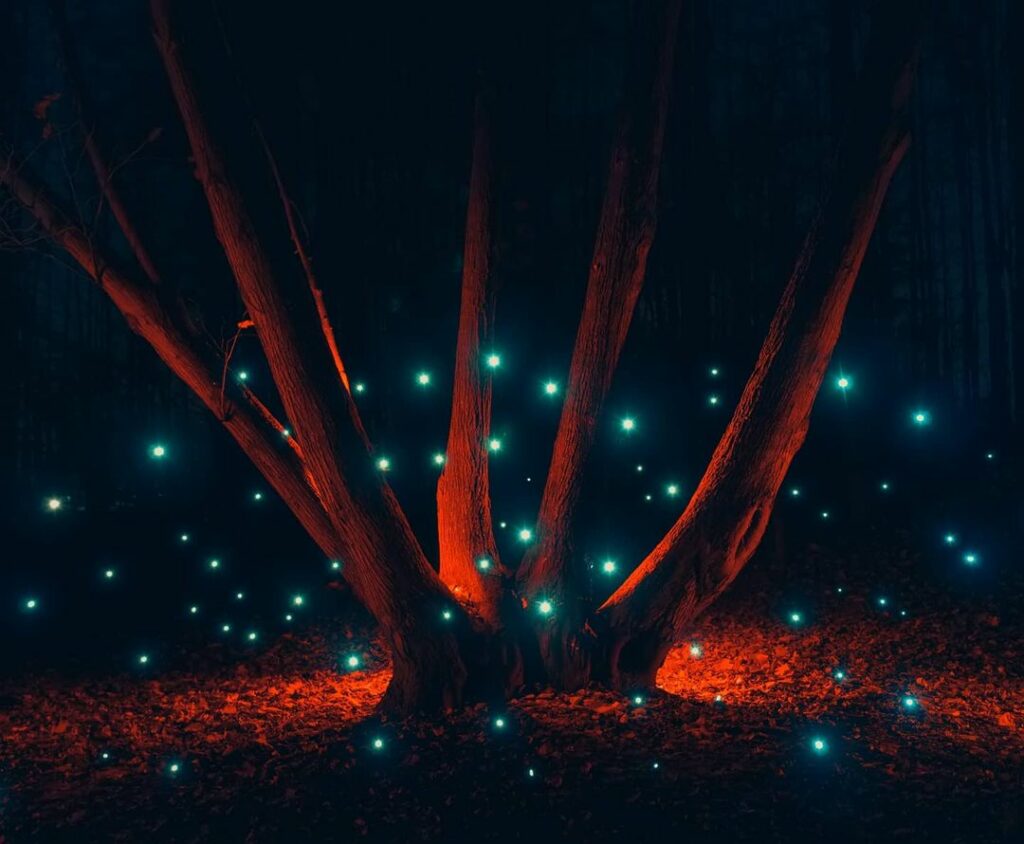 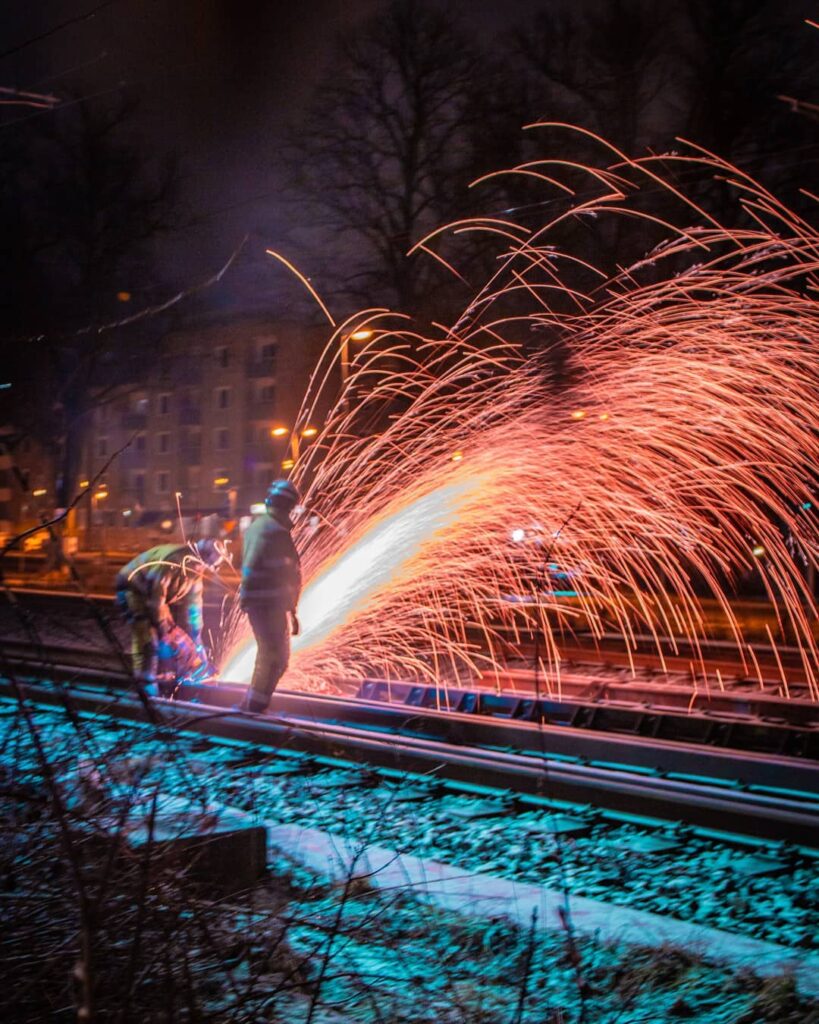 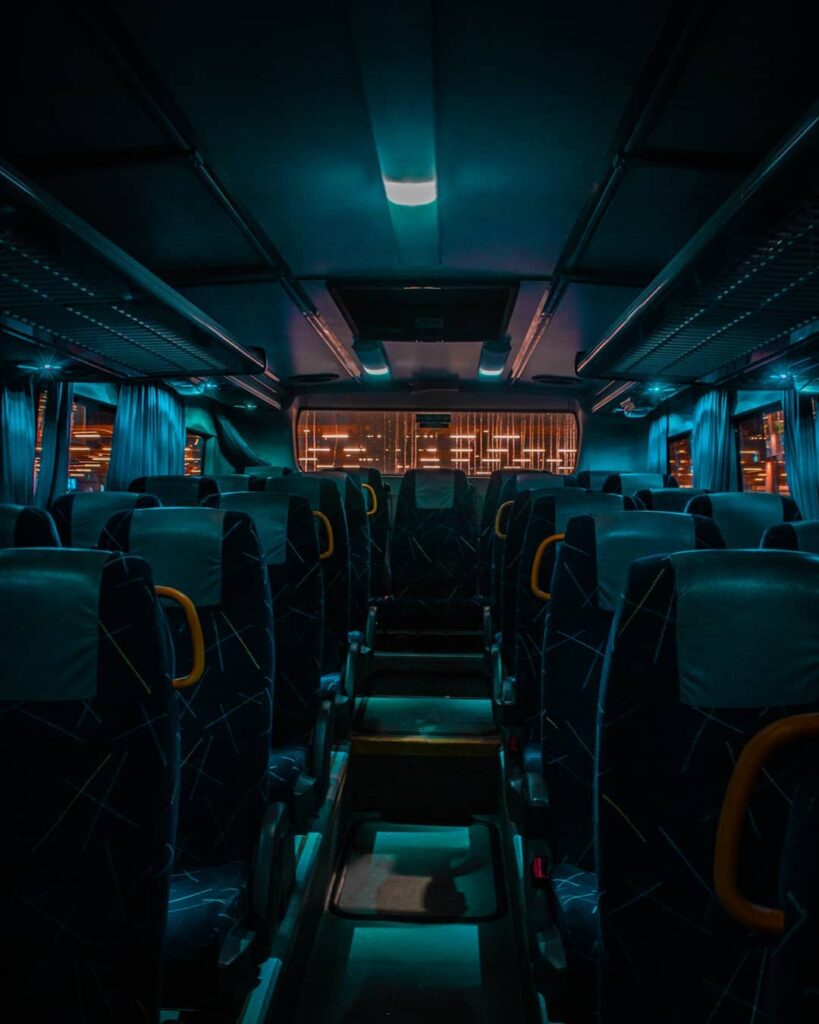 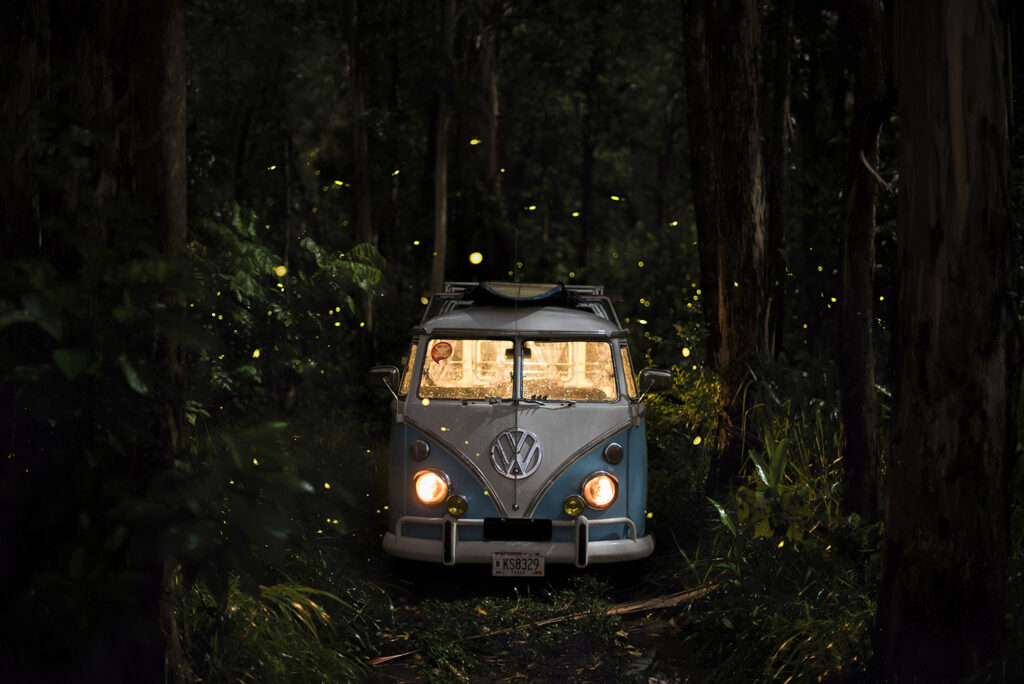 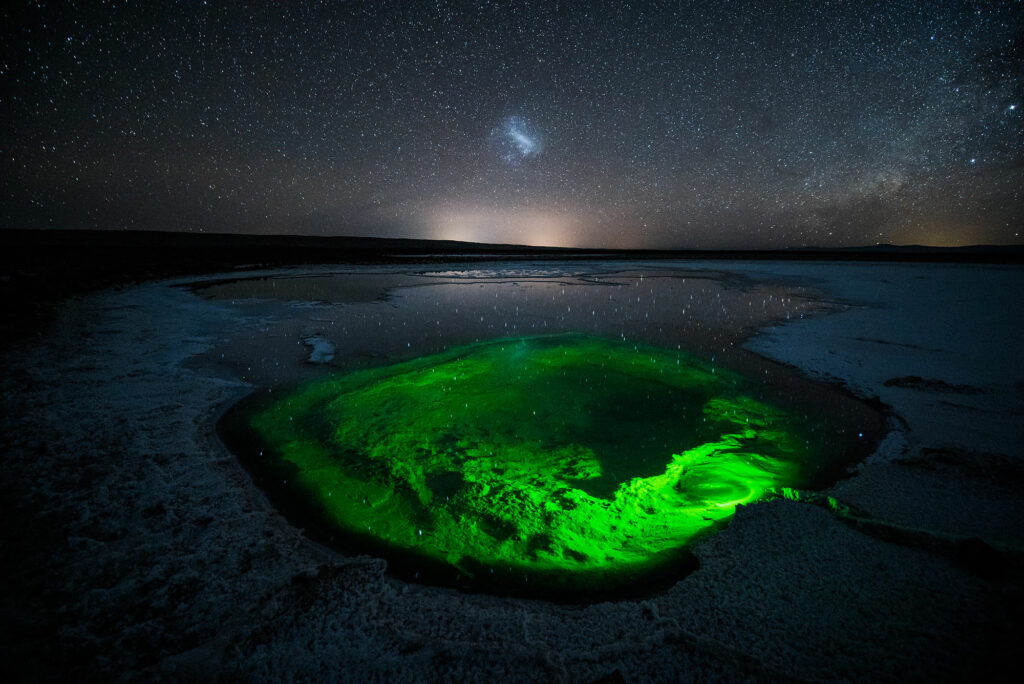 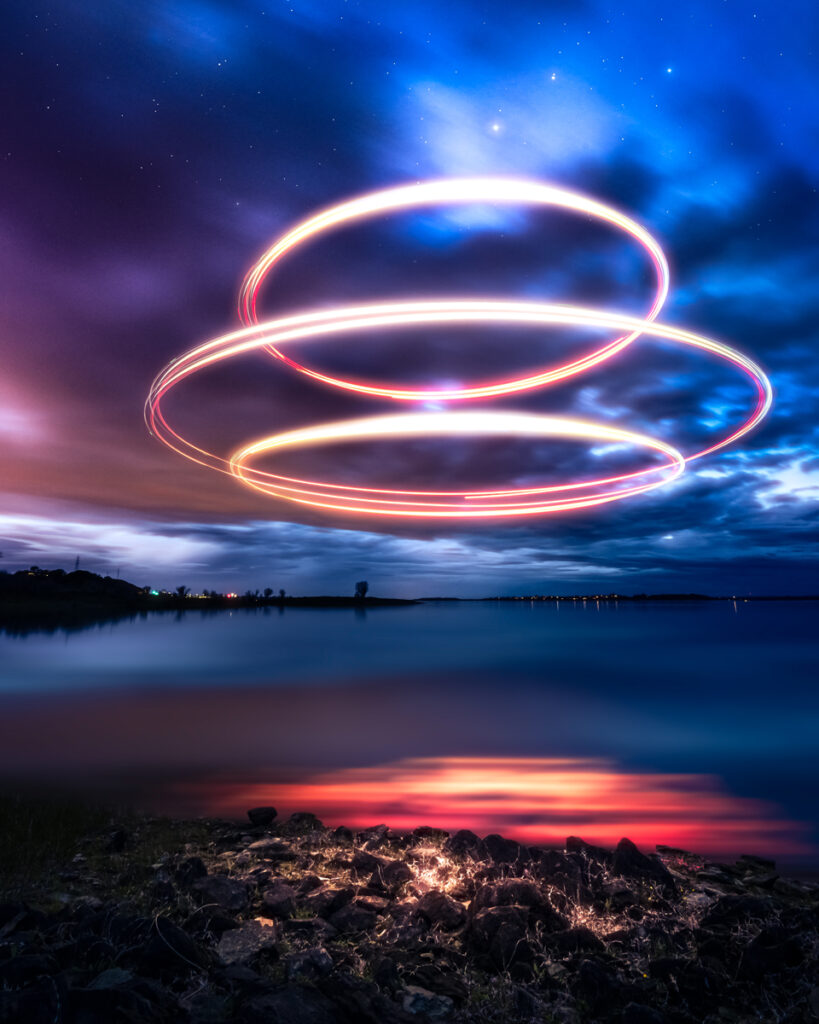 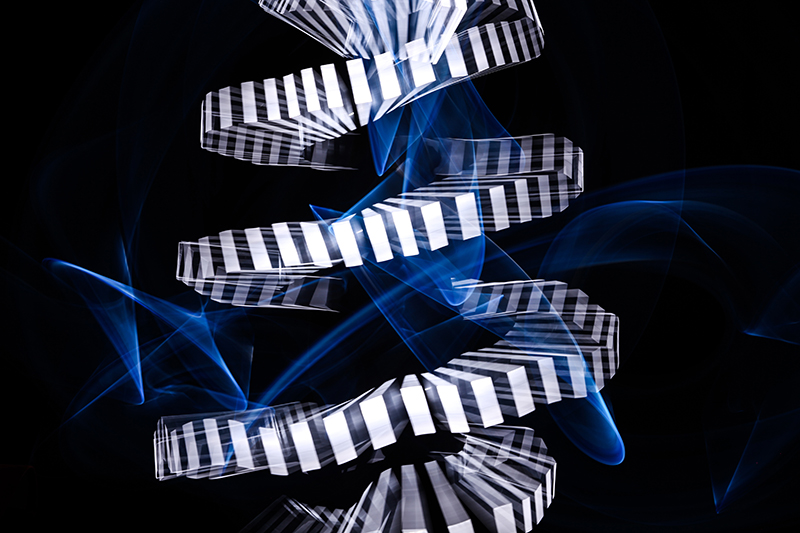 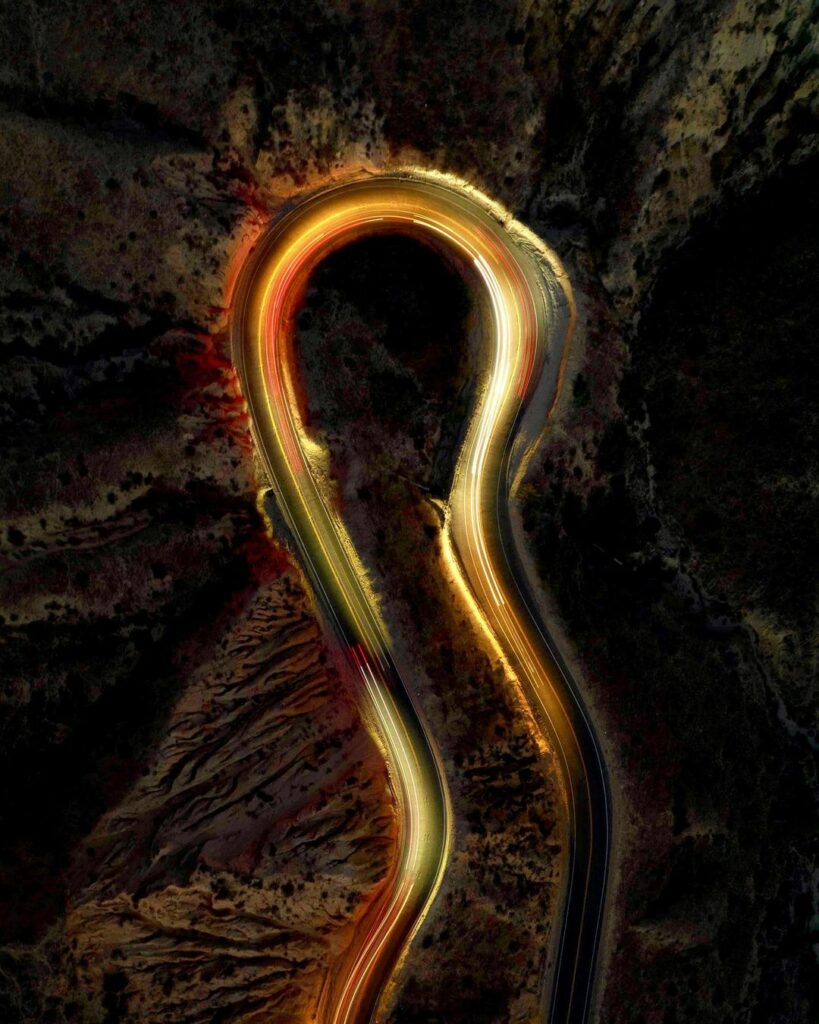 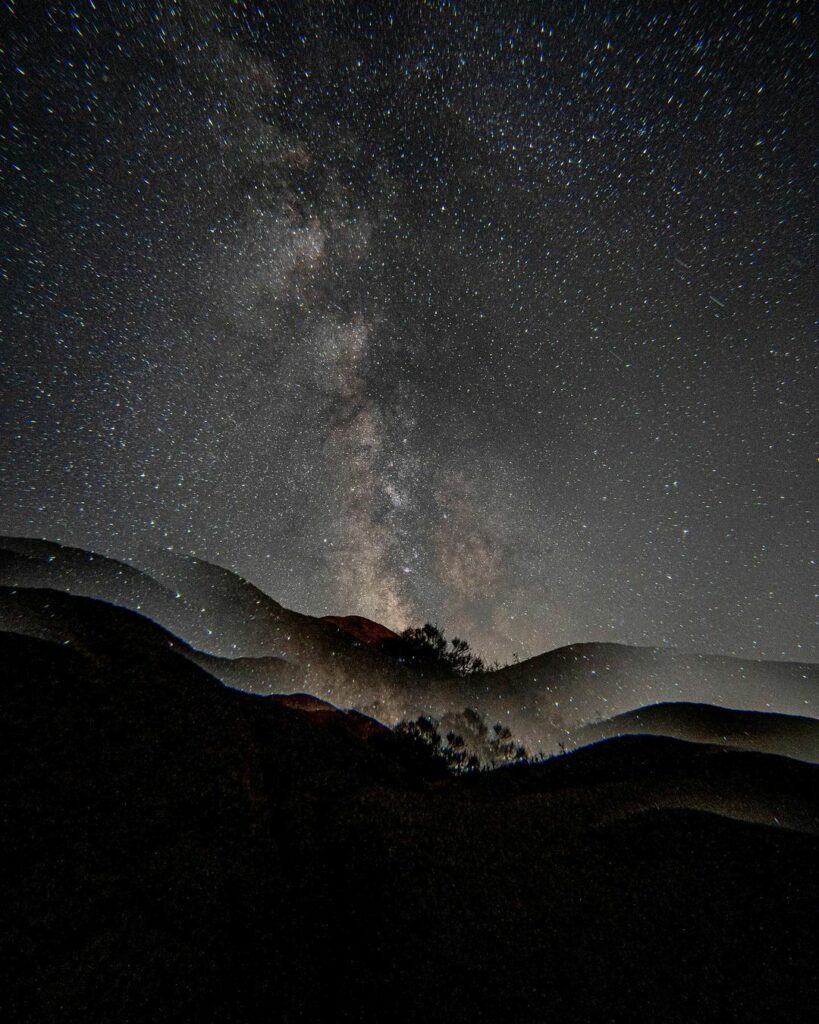 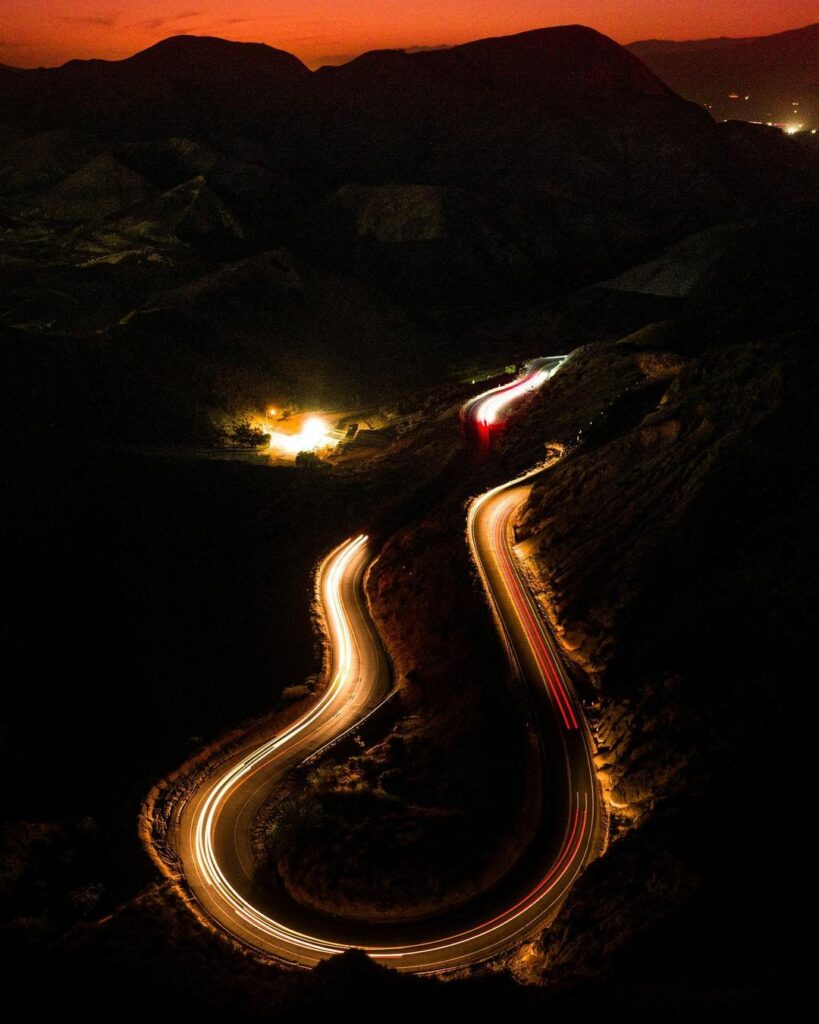 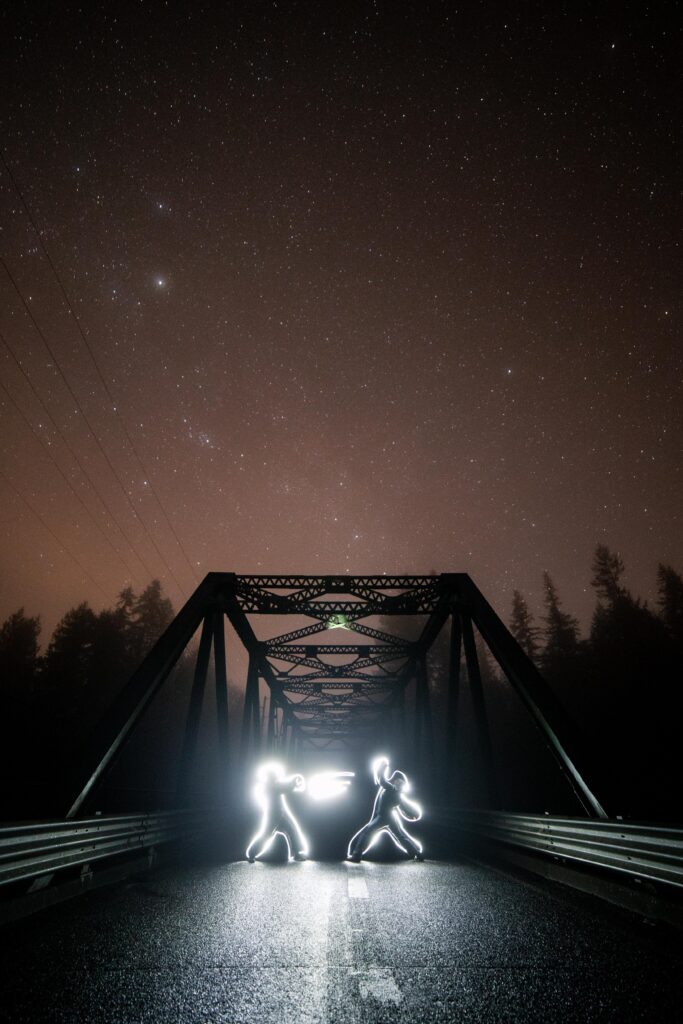 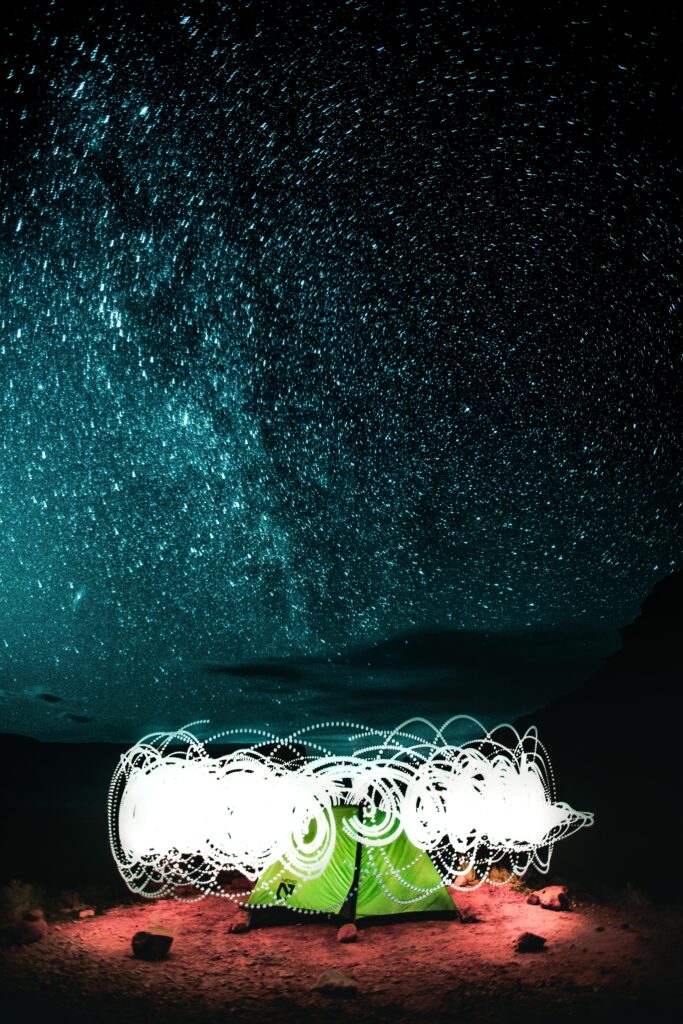 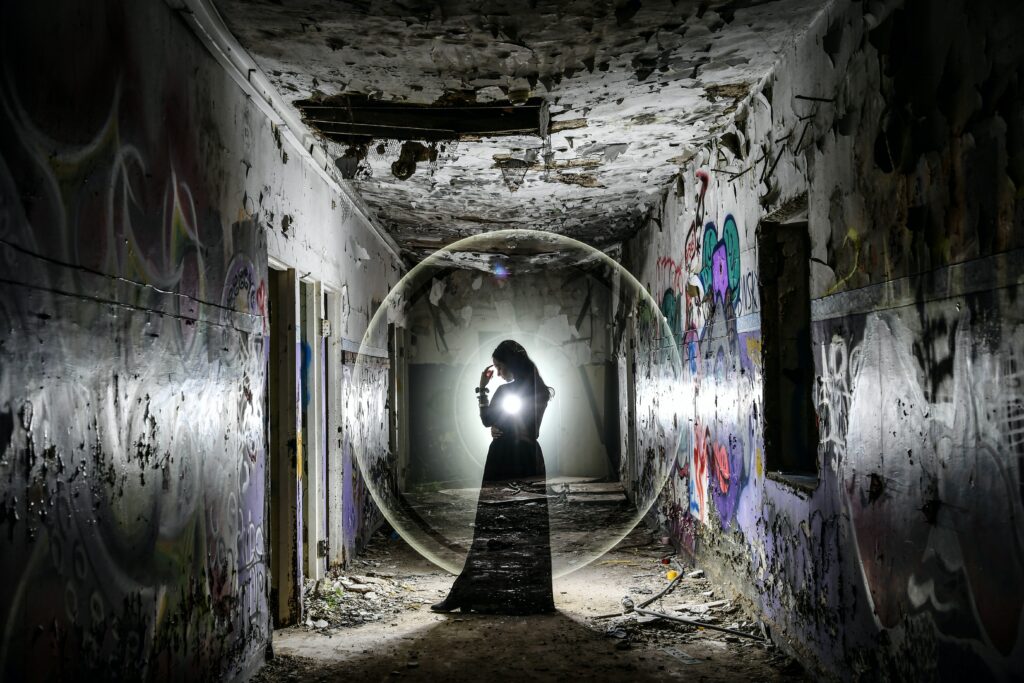 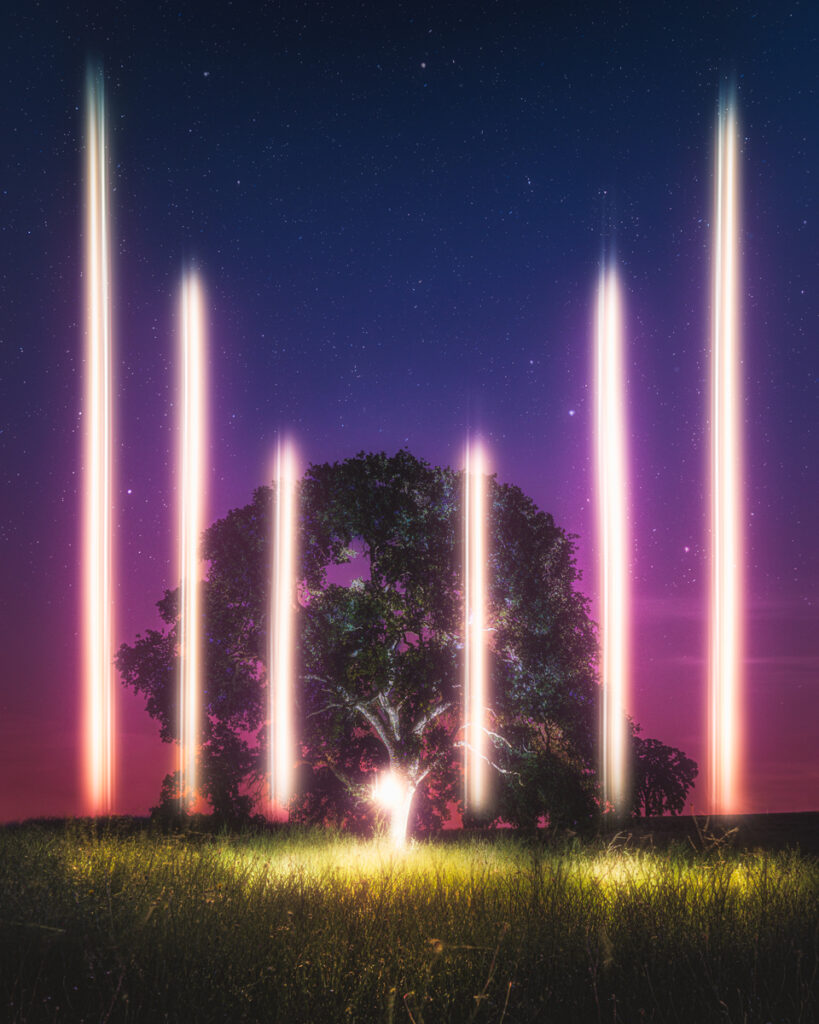 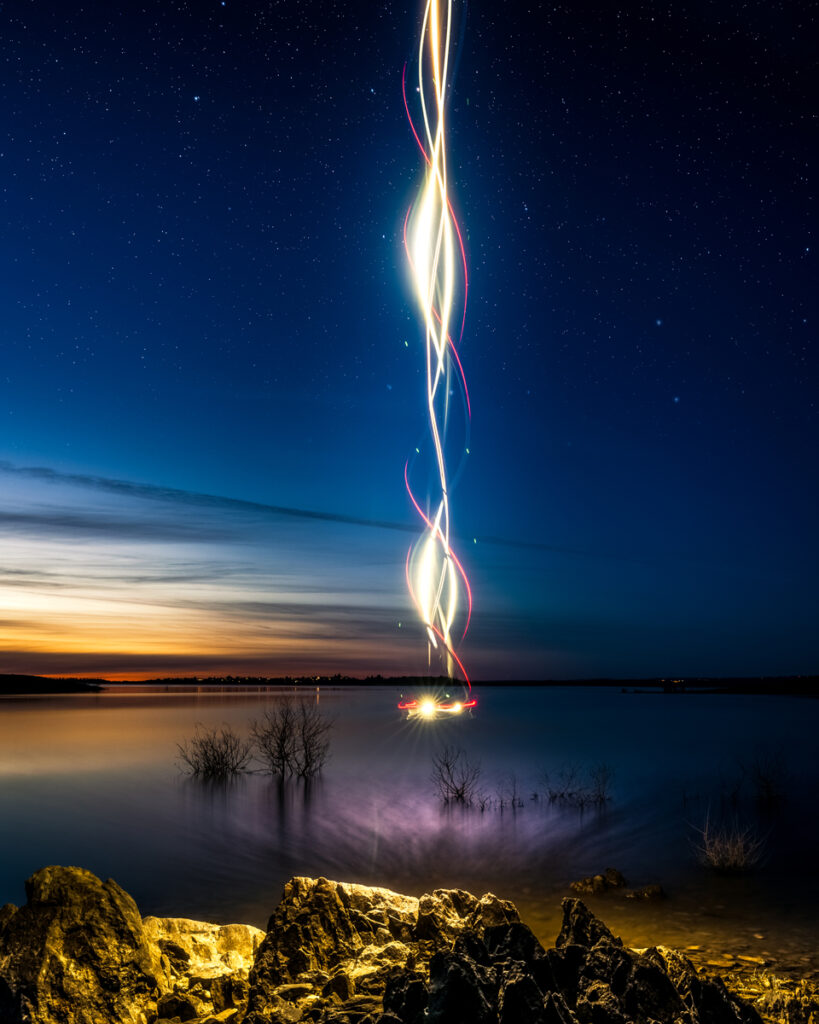 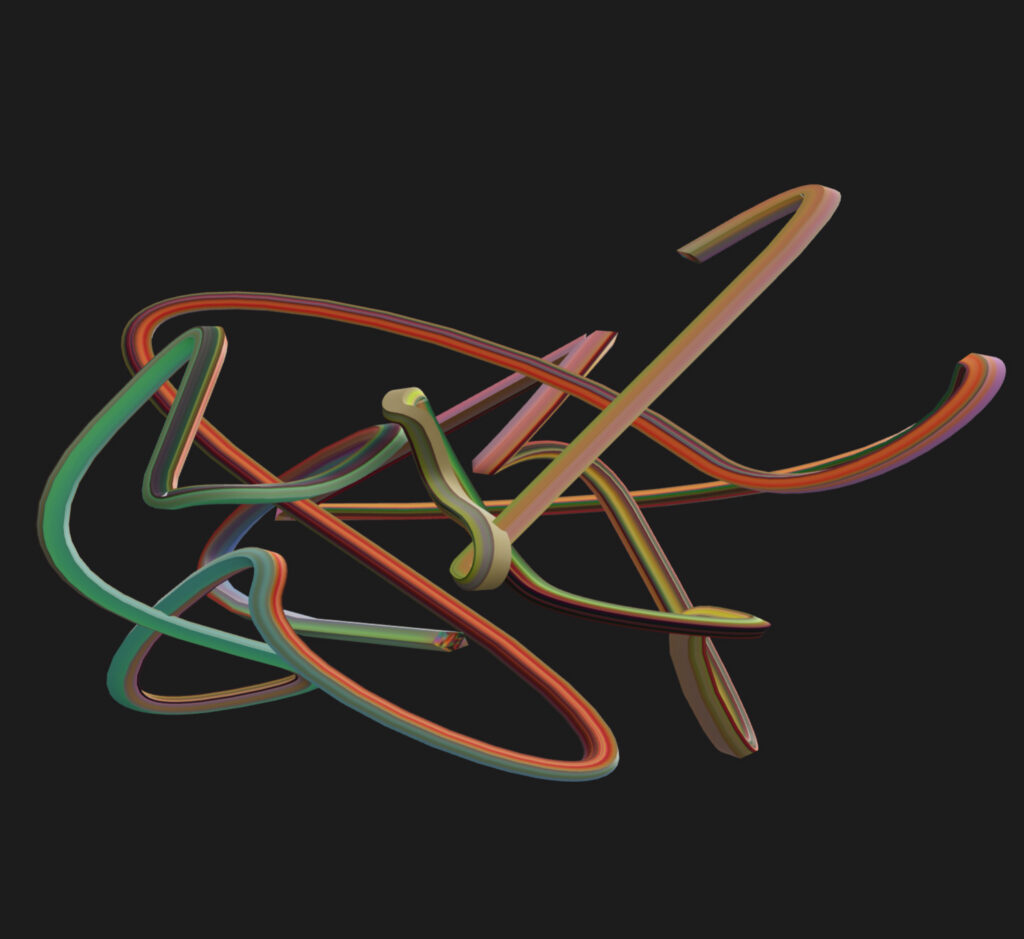 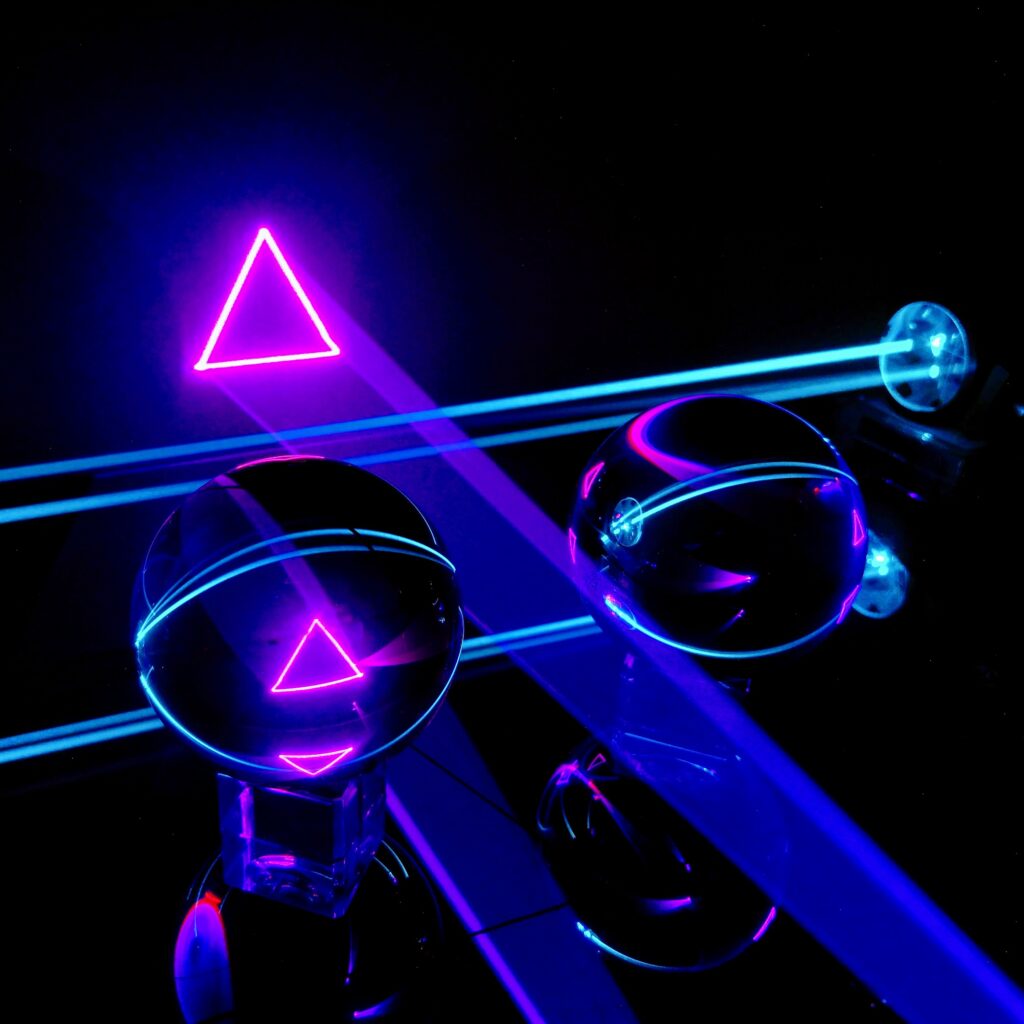 Intersection, somewhere on the grid 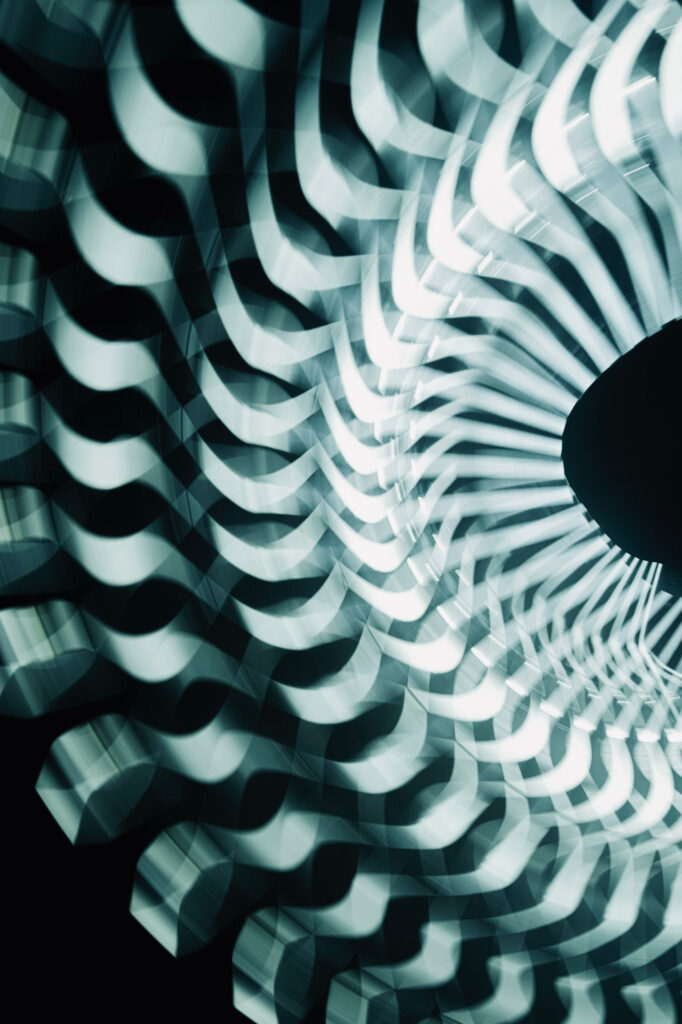 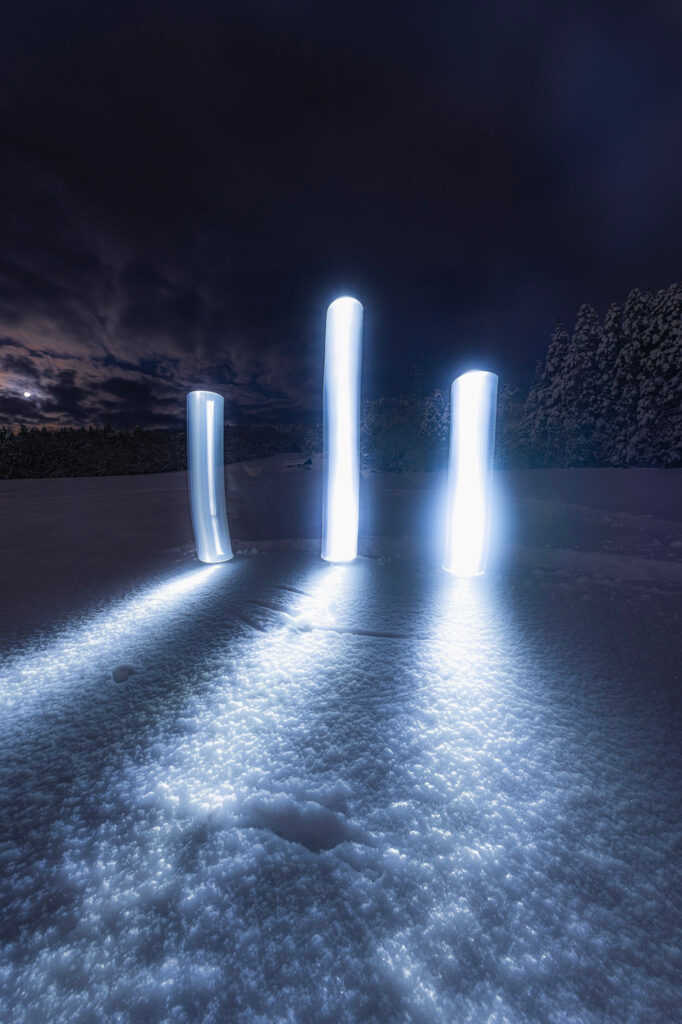 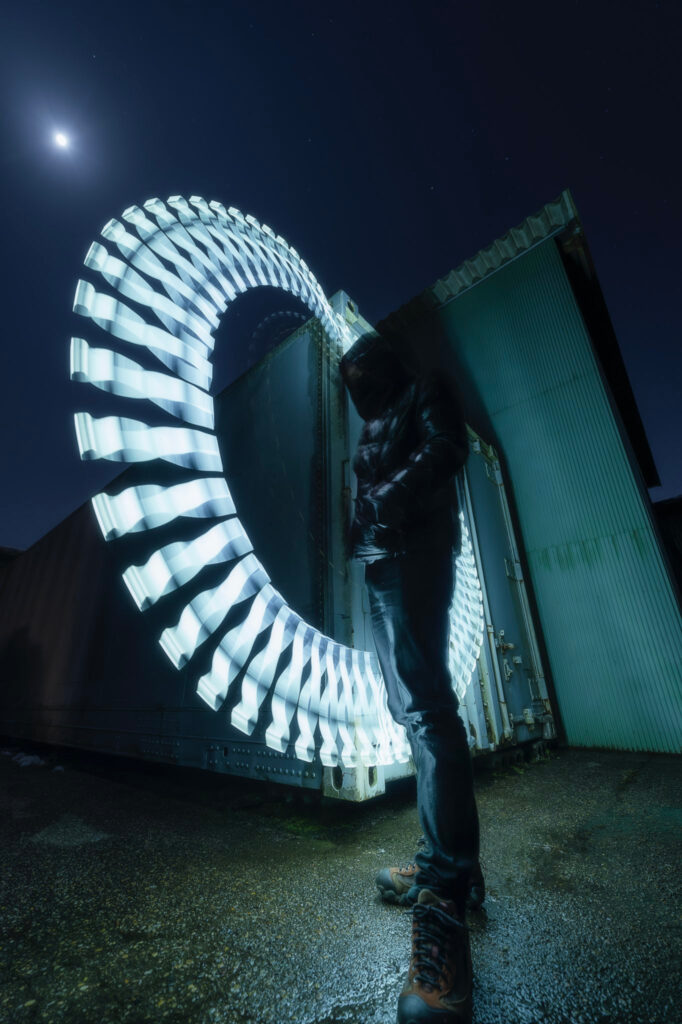 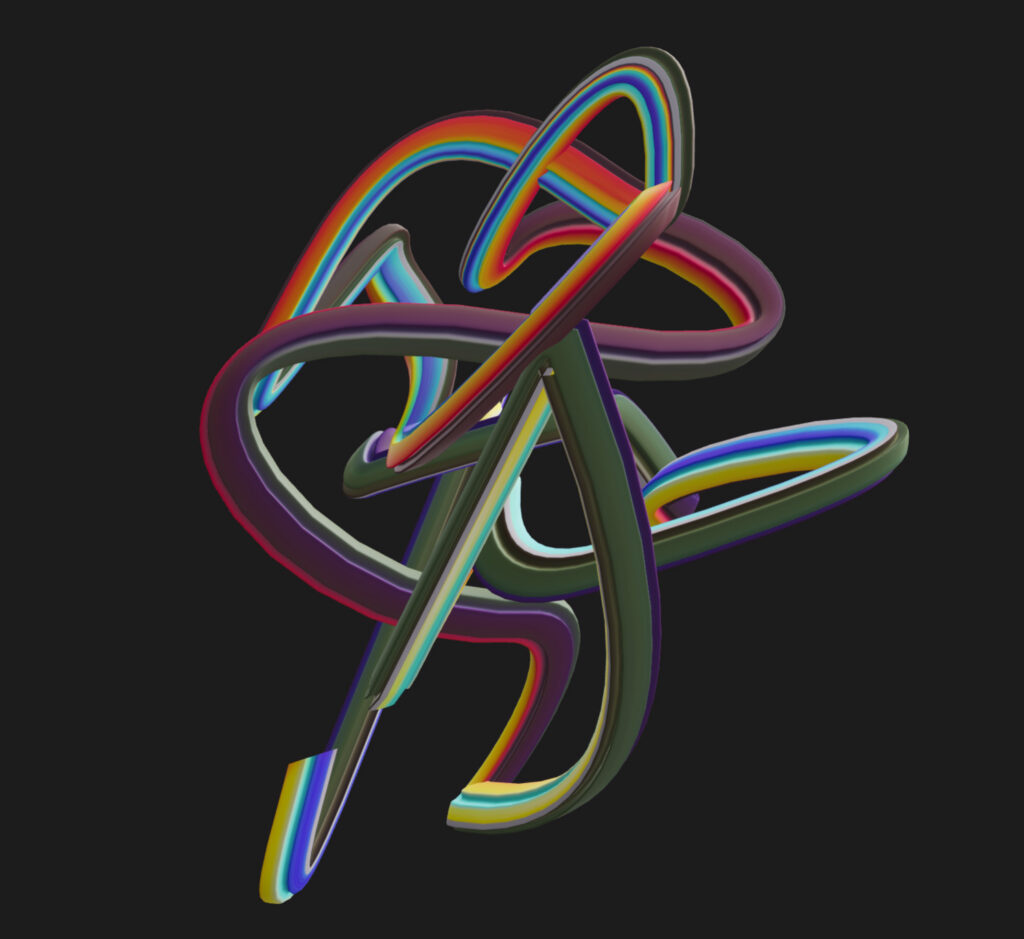 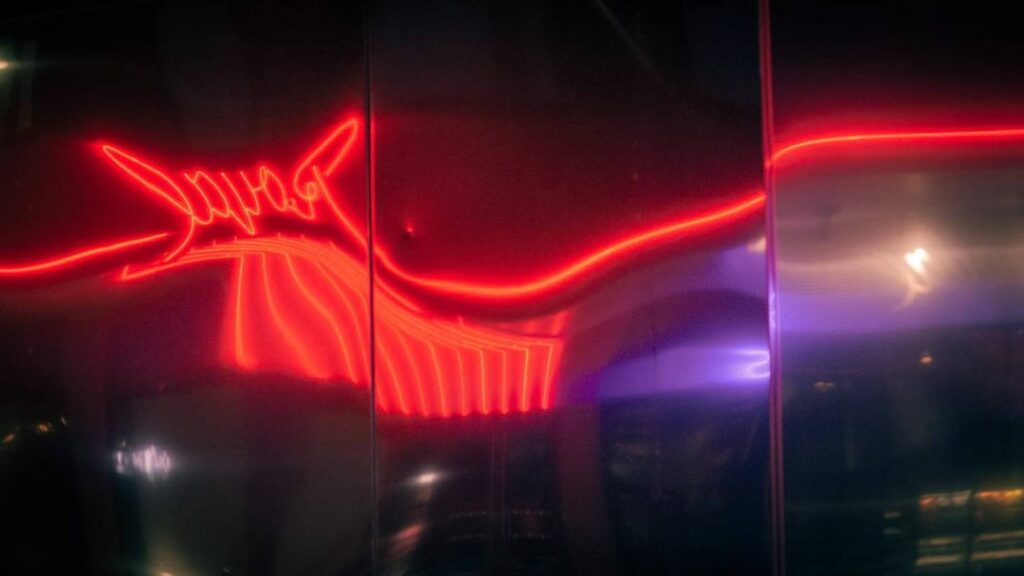 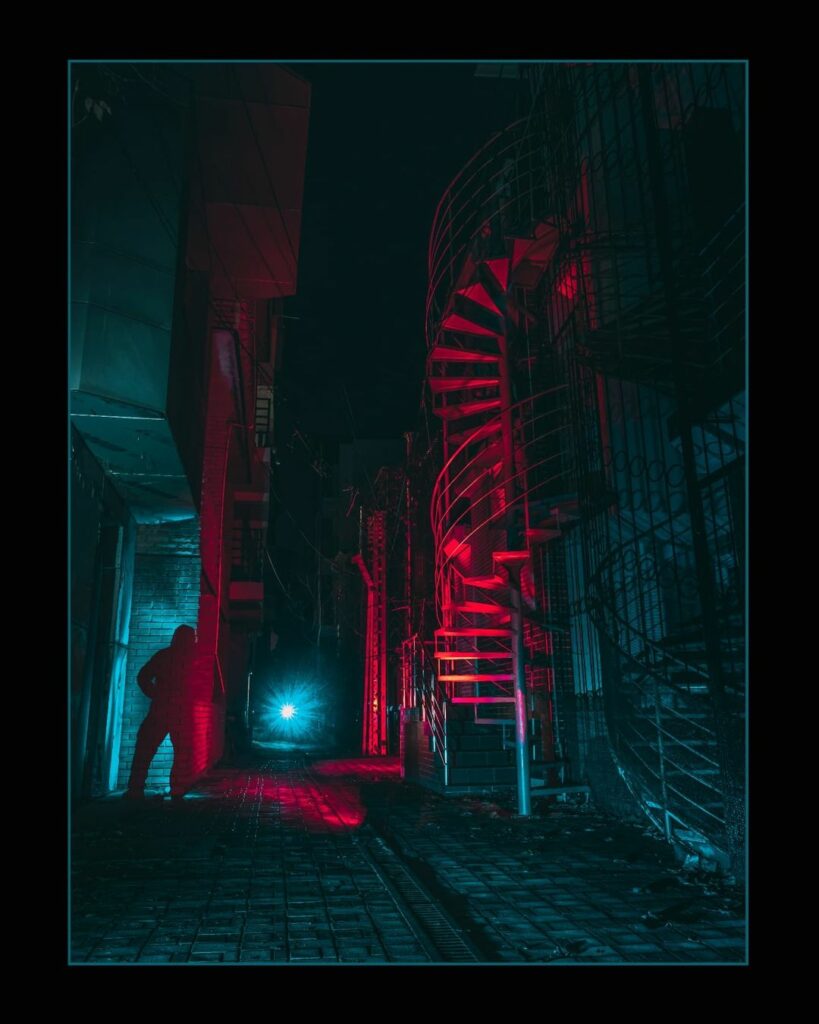 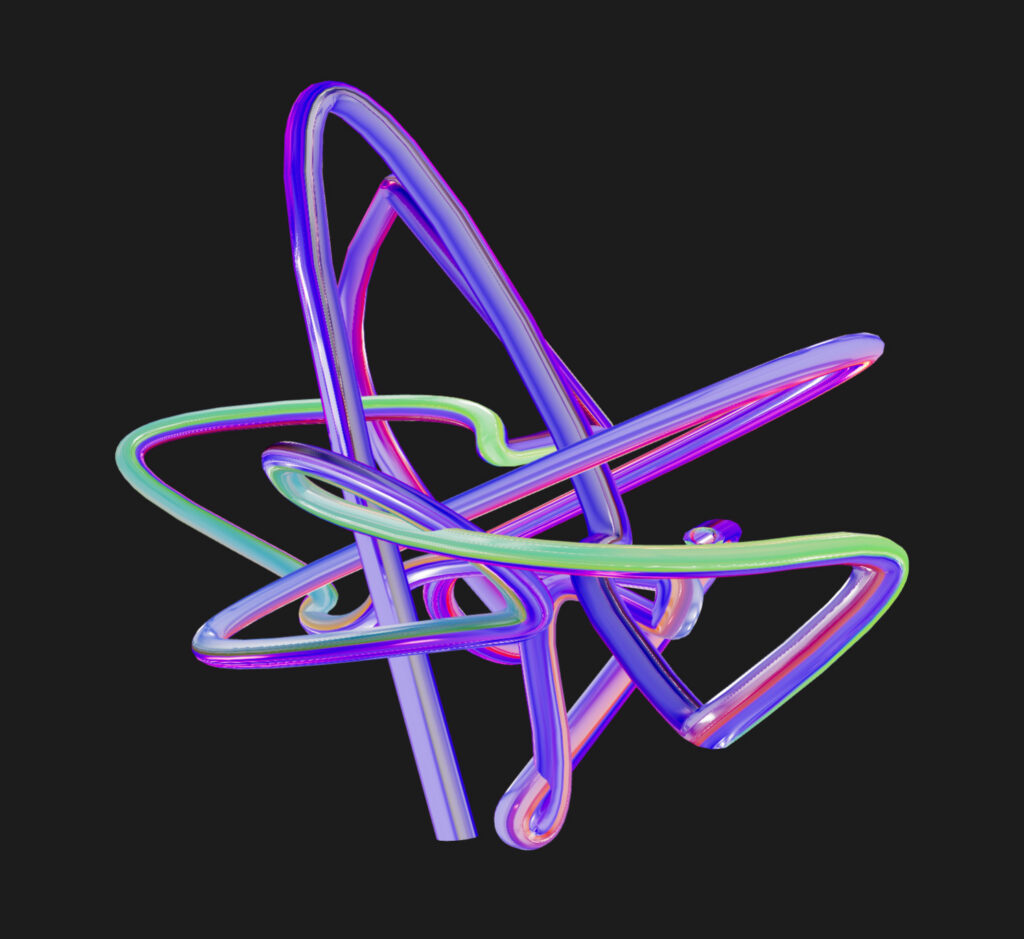 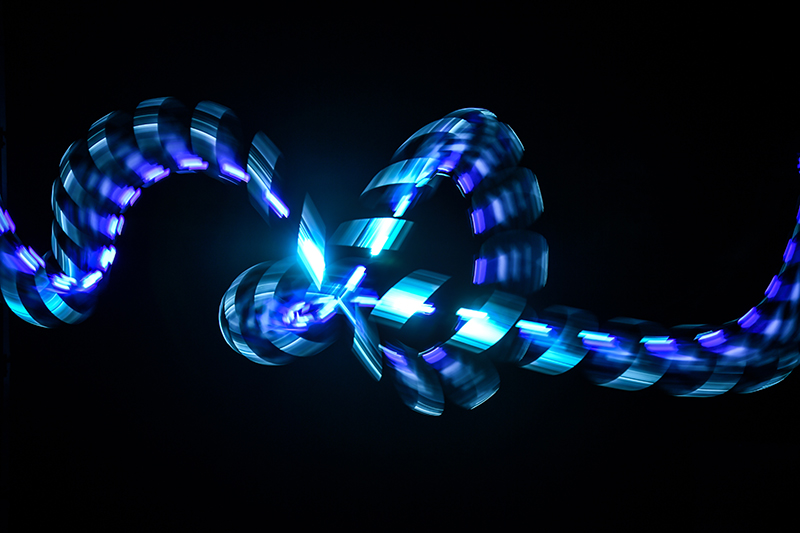 Tangled Up in Blues 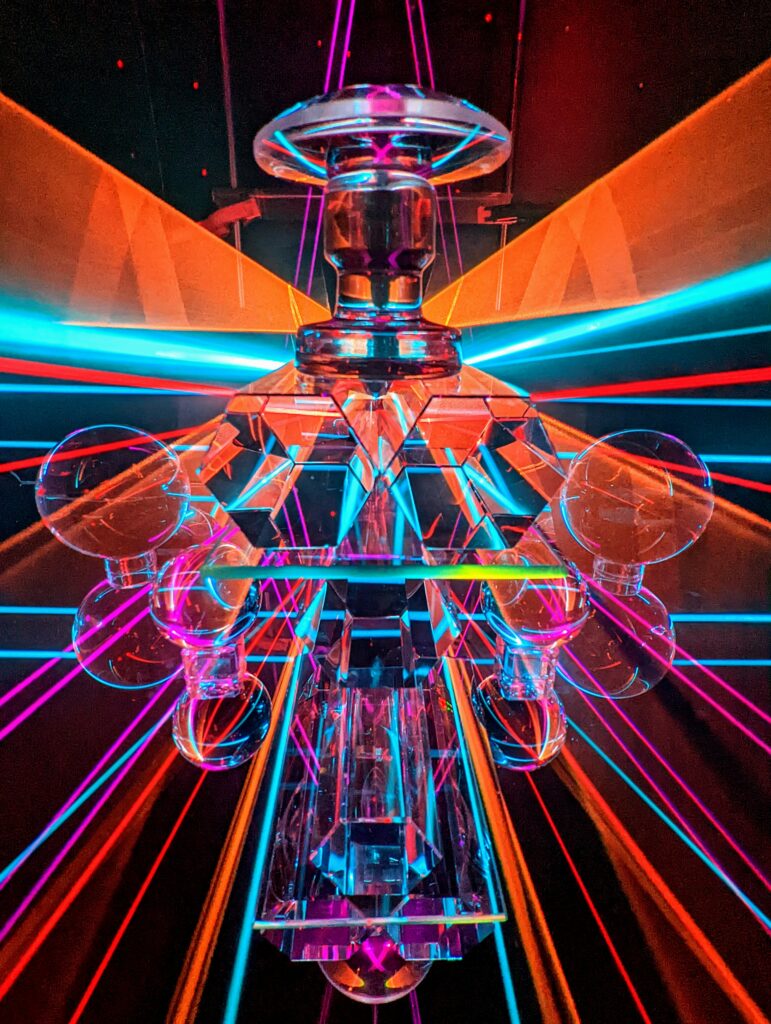 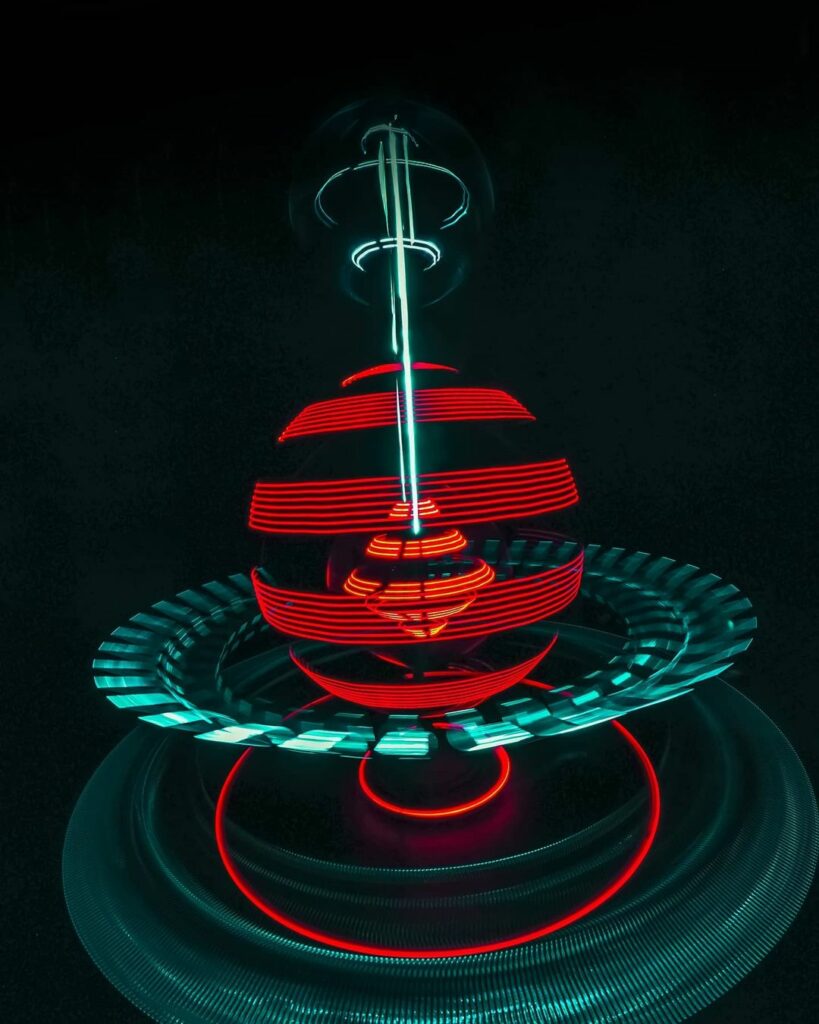 I Turned This Light